The Boxer by Simon and Garfunkel

I am just a poor boy.
Though my story's seldom told,
I have squandered my resistance
For a pocketful of mumbles,
Such are promises
All lies and jest
Still, a man hears what he wants to hear
And disregards the rest.When I left my home 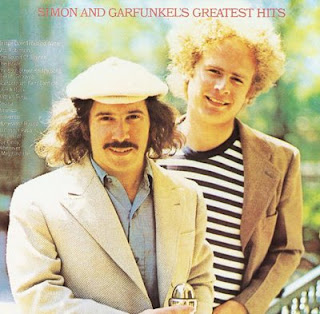 And my family,I was no more than a boyIn the company of strangers
In the quiet of the railway station,
Running scared,
Laying low,
Seeking out the poorer quarters
Where the ragged people go,Looking for the places
Only they would know.
CHORUS
Lie-la-lie.....Asking only workman's wages I come looking for a job,
But I get no offers.J
ust a come-on from the whores
On Seventh AvenueI do 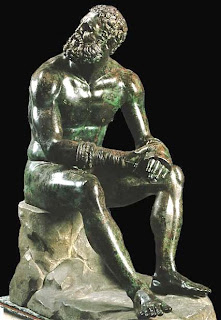 declare,
There were times when I was so lonesomeI took some comfort there.
CHORUS
Then I'm laying out my winter clothes
And wishing I was gone
Going home
Where the New York City winters
Aren't bleeding me,Leading me,Going home.
In the clearing stands a boxer,And a fighter by his tradeAnd he carries the reminders
Of ev'ry glove that laid him down
Or cut him till he cried outIn his anger and his shame,"I am leaving, I am leaving.
"But the fighter still remains

This song carries many inspiring themes such as anger, loneliness, anger, shame, and strenght. It carries the theme to fight and to preservere through all the tough times, and those who do succeed. Heart, Poverty, spirit, and distress are also shone - as represented by the pictures. 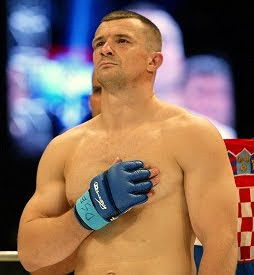 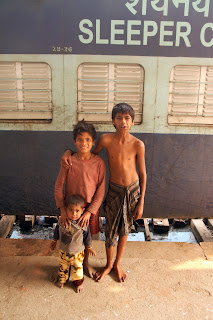 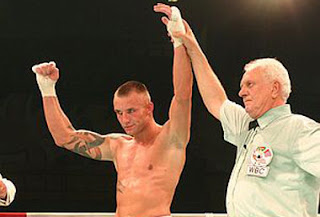 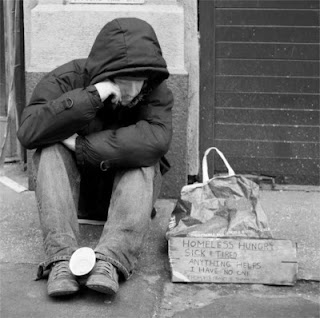 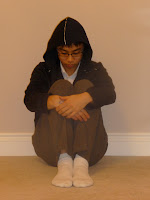 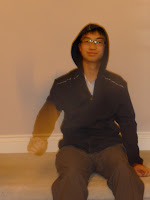 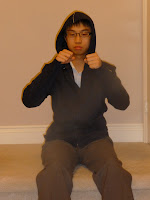 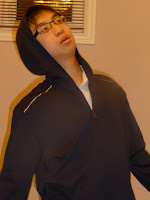 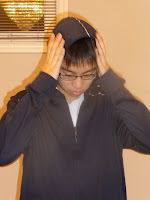 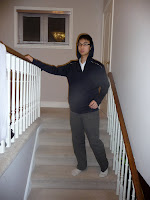 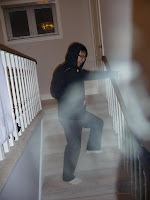 Through the song The Boxer, it displays themes of fight, sadness, loss and desperation, something that will be reflected within my sculpture. I am choosing to go with the pose of a figure of a homeless person; a metaphor for the image of the boxer who displays sheer will, passion, and determination to go through all the difficult times. A crouching homeless person may display these initial sad feelings through its pose, slouching, hiding his face. The colour of the sculpture may contain dark values as to reflect on the difficult time and setting that the homeless person goes through. The figure will display the first stage of facing the difficult reality through a despondent character, where this person does not know what to do and how to face the problems.


The material used will be wires to create the basic structure, however I plan to use a tattered cloth to resemble the torn clothes of a poor homeless person. The wires will be a group of circles, connected by other wires to form a basic body shape. The cloth may help to show the clothes that the man wears, and its texture will also reflect on the mood of the atmosphere.The message that I intend to give is how everybody is given times of difficulty, times of loss, and that everybody must deal with this universal theme.

This may have been the most difficult work that I have ever done. The reason? It wa 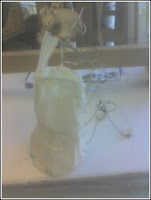 s all completely new or it incorporated work that I haven't done for many years. The soft sculpture that I had created incorporated much of what was needed to qualify it to be a soft sculture, but I had used a wire structure to form a base for my sculpture.

My initial intended message was to display feelings of loss, sadness, and desperation through the body of "The Boxer". However, I would also like to add that I also want to convey another message of loneliness and poverty. The song by Simon and Garfunkel tell a story through the metaphor and literal meaning of a boxer, one who has to fight through the tough times as they experience an abundance of negative feelings. Here, the soft sculpture was made to reflect the first stage of this loss - as the person sulks and can only think about the tragedy that had occured. This seemingly condescending body language exemplifies that morose feeling as the person is crouching in a near fetal position, looking at his or her feet. I feel that I have successfully displayed these emotionss as using the stronger wire to use as a structure helped define the position of the arms, the legs, the torso, and the head. 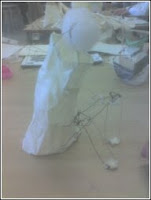 For the project, I have used wires of different gauges, masking tape, glue, cloth, threads of different colours, string, rubber bands, cardboard, plastic, acrylic based paints and water colour paints. As said earlier, I used wire to produce a basic structure. One that would use its shape to generate a body language that screams disappointment and loss. I used masking tape to create a basic skin, that would be covered by cloth. The masking tape, can be viewed as symbolic, as it somewhat resembles a 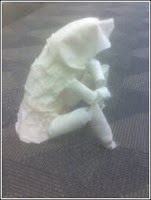 skin tone that happens to be sticky. Almost as if the boxer (sculpture) had not showered in days - representing the poverty stricken individual. The glue was used to stick on the cloth rags onto the body. It represents the poverty, as if the individual could not buy his own clothes. The cloth was tattered onto the body and seewed onto the arms, legs, and head. It represented a ragged being to show perhaps a loss of income and extreme poverty. Threads had been used to create detail. The facial expression and zipper of the jacket are defined by threads. The threads are messily stiched onto the face to generate a vague view of the individual (particulrly the eyes). That is to show a need for privacy for the individual and to show that it could be anybody experiencing feelings of negativity. String was used to represent a primitive belt for the poverty affected individual. The rubber bands wrap around the feet to represent plastic bag shoes and and help define the image of feet. Cardboard is used to represent the wall the individual is sitting against. The plastic bag 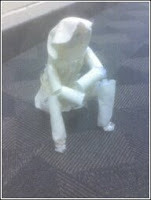 There are positive and negative aspects to my sculpture. My two positive aspects are that I feel that the structure is very good. I also really like that the structure can display an actual pose and that the pose can express some feeling. The structure is sitting and bending slight over as if doubled-up, giving off the feeling that the person is feeling uncertainty and trepidation. A negative aspect to my work may be my detailed work. I find that my cloth arms and legs did not bend and have the most desirable size, shape to them. This had to do with my new experience towards

sewing and stuffing in combination with the wire structure. This unforseen challenge had slowed me down significantly trying to find new and better ways to create an outer skin for my soft sculpture.


I began the process with a brainstorming activity and decided to use wires to design my basic structure to give it form, as I believed that to achieve the shape I was looking for would be difficult using only soft sculpture. The wire work was not too difficult, I made circles to represent the 7 head proportion ratio, where there was a new head spacing, I added a circle for support. In between I put supporting wires - usually 3-4 to hold up the sculpture. I added arms and legs, using little circles to represent the sockets. After the wiring was completed, I put tape onto the wire structure surrounding the entire body. The legs, arms, and head were left alone. I then got cloth rectangles, rolled it up and sewed the two ends 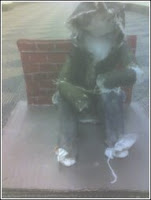 together. I got small cylinders that I fit over each arm and leg, which was each divided into 2 segments. This was then stuffed with relatively large amounts of cotton to represent thick layers of clothing. After, I sewed on some fabric onto the head, which was stuffed. The hood covers the head to conceal the head and the open end of the stuffed head. I sew the hood over the front of the head to further conceal facial features. Then I sewed onto the face a set of details, all mostly vague - a set of eyes, nose and mouth. I also sew a line on a rectangular piece of clloth that I attached down the centre of the body to represent a zipper. Then I added a string around the body as well as rubber bands to tie on a plastic bag around the feet. Lastly, came the painting of the background and the body using acrylic and water colour. When testing out the water colour on a small piece of cloth, it was very difficult to use as the cloth tends to repel water. I also had a very limited supply of water-colour paints (which I thought I had plenty of), so I switched to using acrylics for most of the sculpture. I had used water colour on the inside of the hood to create a light shadow, and some on the pants of the sculpture to show faded jeans. However, I mostly used acrylic to do my work painting the rest of the jeans, jacket, and hood. To do this, I had painted over the cloth several times with water to have it absorbed, and then I applied paint. This allowed it to dry with lighter values and allow it to spread out more when it was applied. After, a glue gun was applied to secure the sculpture onto the wooden board and black paint was put onto the back of the wall.


Of course, I would display the piece in with the background. This helps accentuate the setting of the piece. However, in terms of lighting I would definately want a light shining over-top the figure to add dark values to the face. This creates shadows that conceal the face, seeemingly adding more feel to the darkness and loneliness that lies beneath the hood. A light behind the cardboard will help too to cast a slight shadow over the figure - again to represent the darkness surrounding the boxer.


Overall, a difficult project that moved very quickly. I thoroughly enjoyed this, as I was able to experience a very exciting new chance to sculpt - something I haven't done in years and to sew - something totally new. It was extremely difficult as everything was relatively new, but quite a fun challenge.